Ever find yourself compulsively checking on your little ones to make sure they’re still breathing? Even if you just checked a second ago? Even if they’re not babies anymore?

I have a three year old and a five month old, and between the two, I’ve done my share of checking.

I think, like many parents, there is always a fear of SIDS (sudden infant death) – the very WORST thing that could happen. So, we put the baby on her back to sleep, use a sleep sack instead of blankets, and say our prayers!

A couple of nights ago, I was working late, my daughters were upstairs asleep. All of a sudden, my mama-bear senses turned on. Full throttle, do not stop, GO!  I ran upstairs to my eldest daughter’s room. She had just come down with the sniffles, so I felt her forehead, and listened to her breathing, felt her pulse. Everything was fine, but my heart was beating a mile a minute! Adrenaline was coursing through my body, and I was literally vibrating.
I still had my fingers on her wrist when I realized. OH. THE BABY!!

I ran into the baby’s bedroom and peered down into her crib. She was on her back, her skin pale. I put my finger under her nose to feel for warm breath. Usually, this is the point where I exhale with relief, but this time it was different. Her nose was cold, I didn’t feel her breathing. Her face was cold, her arms and hands icy.

I picked up her little hand and dropped it.
Nothing.
I held her shoulder and rolled her to one side….gravity pulled her all the way over.
Limp.
I rolled her back the other way.
Lifeless.
I jiggled her.

The baby took a startled inhalation, and then began audible breathing. Her skin became pink, and she stirred.

To say  I was terrified is an understatement, but luckily she was pronounced “fine” by the doctor who checked her out later. Sleep apnea is quite common in babies, but can be deadly (“apnea” afterall, means “to stop breathing.”)

WHAT’S A MAMA TO DO?

First thing, we elevated her crib on the “head” end by putting a folded towel underneath the mattress. Her bassinet mattress had been elevated as an infant, and that had solved the newborn startled gasping, but I had forgot to elevate her mattress when she moved into her crib (in our room).

Second, I bought a baby movement monitor, as recommended by our doctor.  I bought the Levana Oma (formerly known as the Snuza GO!), which is a small device about the size of a chicken nugget that will alarm after 15 seconds if the baby stops breathing. 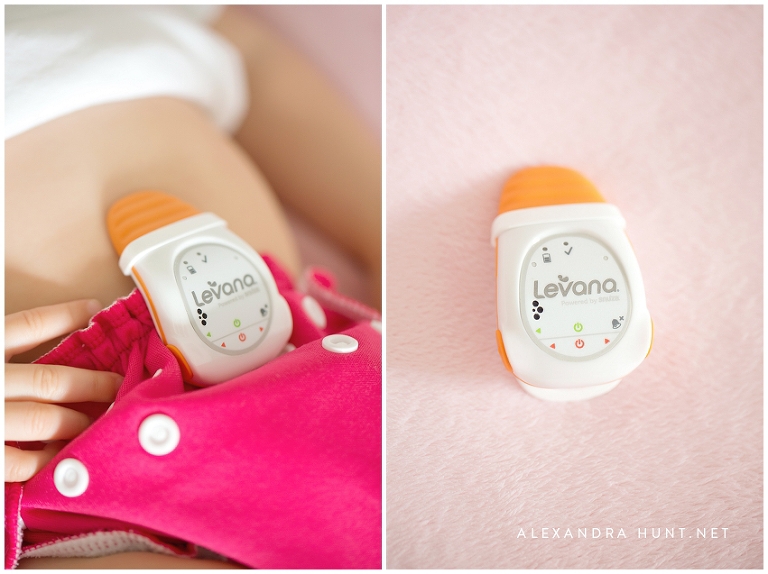 To use it, you slide the clip on to your baby’s diaper at the waistband, with the soft, flexible, orange tip touching the baby’s abdomen. It turns on or off with the push of a button- couldn’t get any easier! There is a small green light that will flash every time the baby breathes – it’s out of baby’s view, but it’s bright enough that you can see it through a sleep sack for extra reassurance! There is also a battery indicator light. The unit uses replaceable batteries that cost about $10 and should last about a year with regular use.

The Snuza GO/Levana Oma is meant to be used when baby is sleeping in stationary objects (like a crib, playpen, etc), and not in a carseat or swing, where the external vibrations could mask a child’s missed breaths. Unlike movement monitor mats, this monitor clips on and is completely portable! 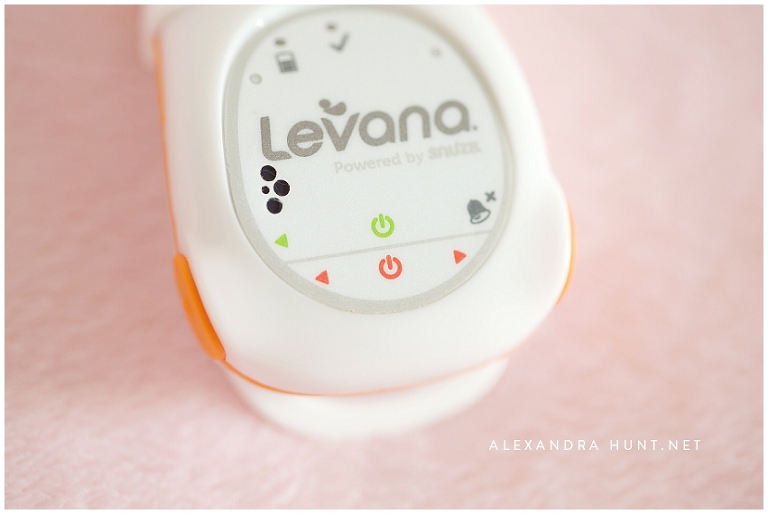 DOES THE SNUZA MONITOR WORK WITH CLOTH DIAPERS?

It works with both disposable or cloth diapers.
My baby wears Applecheeks cloth diapers at bedtime, and the ruffle elastic at the waist held it perfectly. I tried with a Charlie Banana brand diaper (which has a straight waistband), and that diaper gaped too much too keep the orange tip touching the belly at all times, so I would recommend a diaper with a snug fitting waist.

The orange tip is VERY flexible and soft, and doesn’t dig in or leave marks on baby. 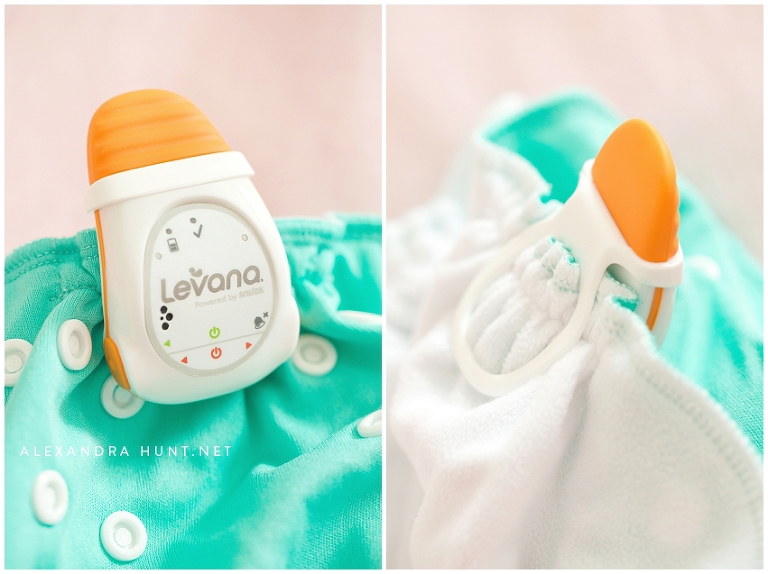 The Levana Oma used to be called the Snuza GO! – there is also another baby monitor by the same brand called the Snuza Hero or Snuza Halo. The difference between the two is that the Snuza GO! is generally cheaper ($10-$30 cheaper at most places), and will alarm after 15 seconds. The Hero/Halo is more expensive, and vibrates after 15 seconds, in an attempt to wake baby.  If baby starts breathing again, the alarm will not sound.It does this 3 times, and THEN will alarm if the baby does not restart breathing.

For me, I would rather know after the first 15 seconds, as opposed to NOT KNOWING or waiting almost a minute before the alarm went off! That’s why I chose the Snuza GO! version (“Levana Oma” now)

WHAT ABOUT FALSE ALARMS?

The Snuza Go/Levana Oma has a really good track rating for NOT  having false alarms. False alarms are caused by the ultra-sensitive orange tip coming away from the belly – something that can happen if your diaper is not snug enough, or the baby is active/mobile – in which case, just put the unit on the SIDE of the diaper. 🙂

Our baby isn’t crawling yet, but she rolls around and shuffles like…a rolly, shuffly thing…haha.. but the monitor stayed in place all night.  This is also a PRO for using a baby monitor movement that attaches to the diaper – a mat-style monitor like the Angel Care Monitor is not portable in the same way, and will alarm if baby rolls off the pad!

There are also a TON of really scary/happy ending testimonials and reviews on the ‘net from mothers who found the Snuza GO to be literal lifesavers!

WHERE CAN I GET ONE?

I will update this review as we continue to use the Snuza Go/Levana Oma baby monitor, but for now, I can breathe again and maybe even sleep a little! Thank God! This is definitely a product I would recommend to ALL mothers!